Winter on the farm has been a little different… December and January have been incredibly warm and freezing days/nights are more of a rarity then the common. Some of us don’t mind it but others are missing the snow and seasons normal. 😉 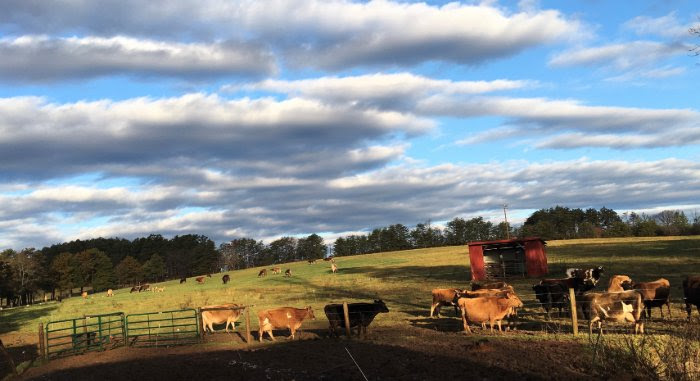 Trying new tactics to help the cows stay out of the mud and keep somewhat clean. We’ve had several new calves born over the past couple of weeks and were milking a record of 40 cows per day! It’s been wonderful to have plenty of milk during the winter months. 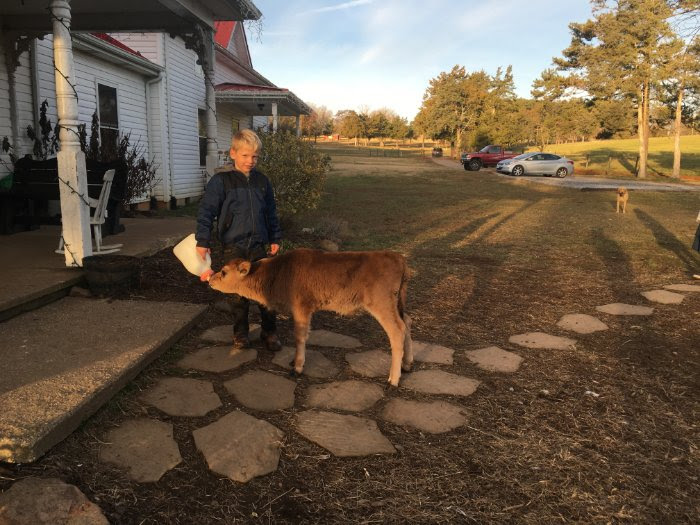 Meet Jolly! He is a 6 week old calf who we adopted since he wasn’t doing well with his mom. He is one of the most friendly calves we’ve had, he follows you like a dog and loves to play in the yard with the kids. 🙂

One thought on “Farmers Update // January”