Product of the month: Beef Sticks

The following products available only to our herd share owners:

Get Our Father’s Farm products delivered directly to your door!

We are excited to be starting door to door deliveries in certain areas.

We have 45 pound Beef Shares Available!

Reservations are open for 2019! The best way to get your chicken from OFF.

We are excited to begin a new year! The first few weeks in January are always full of planning and meetings as we launch into a new year and all that it holds.

Reserve your chicken for the upcoming year!

The best way to ensure you have all the “beyond organic pastured chicken” you need is to reserve it in advance:

We ask for a $5 deposit per bird that will be deducted from your total. You can also request your chicken to be cut up for a small additional fee.

Here is the second part to: Emergency on the Farm ~By one of the Farm boys.

Click here to read part 1 if you missed it.

Continued from part one …Someone stepped out in front of the barn, “there’s a cow emergency” he shouted again. The person spun around and ran behind the barn. Knowing help was on the way Edmund made a smooth but speedy U-turn and sped back the way he had come. When he got back to the scene, the cow looked the same.

He ran to where she was lying and was soon joined by Eric who had followed in the truck. Together they began pushing and pulling trying to get her out of the ditch. After some time and with the help of the tractor the cow slid up and out of the muddy rivet. As soon as the cow was on level ground again, Eric pushed her up on her right side without difficulty. The cow looked dazed for a few seconds, but then began looking around, it will get better soon thought Edmund! “well” said Eric, “that was a close one! She would’ve been a goner if we hadn’t of got her in time.” “no Kidding” agreed Edmond as he walked back to the tractor and got on it, “that would’ve been a bad loss”! “yeah” replied Eric, heading for his truck. “well see ya later, I’m back to work.” “alright, same here” Said Edmund, he cranked up the good old tractor and rumbled off to finish his chores.

The cow was soon on her own four feet again and in a few days was none the worse for her near-death experience! 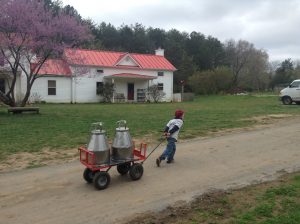 John lending a hand with the chores. 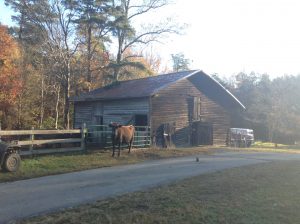 Good moooorning from Swiss the cow, she is on the wrong side of the fence. 😉 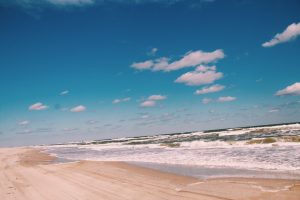 Our family was blessed with some time away to the OBX!

Life on the farm has been wonderful this summer! Lots of new calves, little kittens, and puppies. We are excited to announce the newest member of the Our Father’s Farm team little Brianna Kate. Josh and Maddie are excited parents and we are all thrilled grandparents, uncles, and aunties. We are so grateful for a healthy safe birth and are enjoying this adorable little bundle of joy!

Below is the first part of a true story on the farm written by one of the farm boys:

EMERGENCY ON THE FARM!

One muddy, rainy winter morning, a tractor swayed through the field with two great bales of hay on it, the driver was a boy of about fourteen years of age, his name was Edmund. He was on the way to feed the last batch of family milk cows. The mud made it difficult to drive, so taking it slowly, he plowed on through the mud and rain. It took some time to get there going so slowly, but at last the cow field came in sight. As the tractor rumbled up to the fence, Edmund saw something that looked out of the ordinary… he strained his eyes to see better, then he realized that it was a cow lying on its back slightly stuck in a low part of the field. He sat up in the seat and slowed the tractor to a crawl. He detected a slight movement, the only sign of life. He needed to act quickly as he thought: “The cow may not have much longer to live!” Edmund knew the cow was too massive for him to pull out alone. So, thinking fast, he turned the tractor and headed down the narrow driveway to where the cows were milked and where he knew he could find help! As he swung onto the driveway, he jerked the throttle back setting the tractor in full tilt. The rain stung his eyes and face, it whipped up around the wheels sending a spray of water wildly up in Ed’s face. As he drove into sight of the barn he began honking the tractor horn and yelling “there’s a cow about to die”!… Stay tuned for part 2! 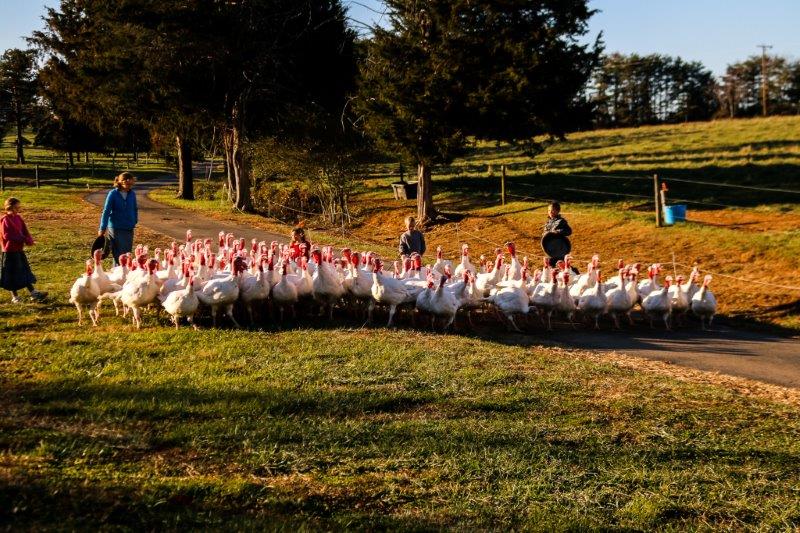 If you want us to raise a Turkey for you please:

Pay the $50 reservation by check, Credit card (by phone), or paypal (on our website prices page). 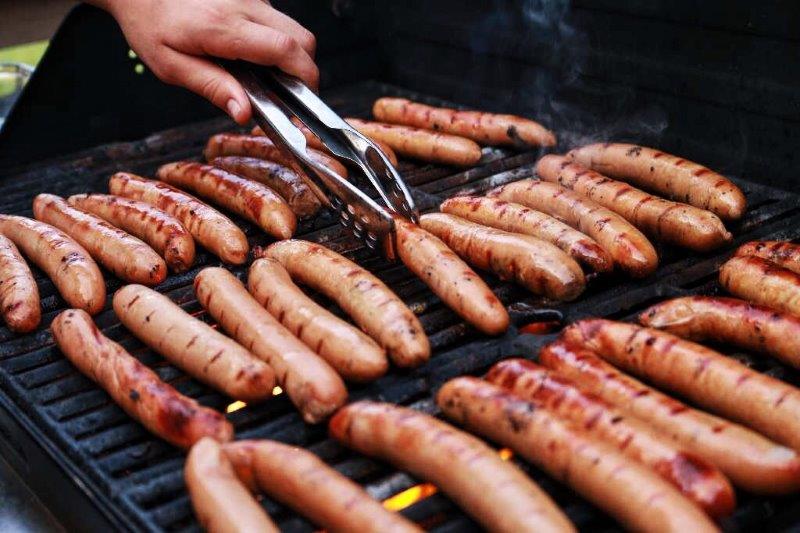 Sold by the piece or get the economy family pack! Reserve a 45lb share! 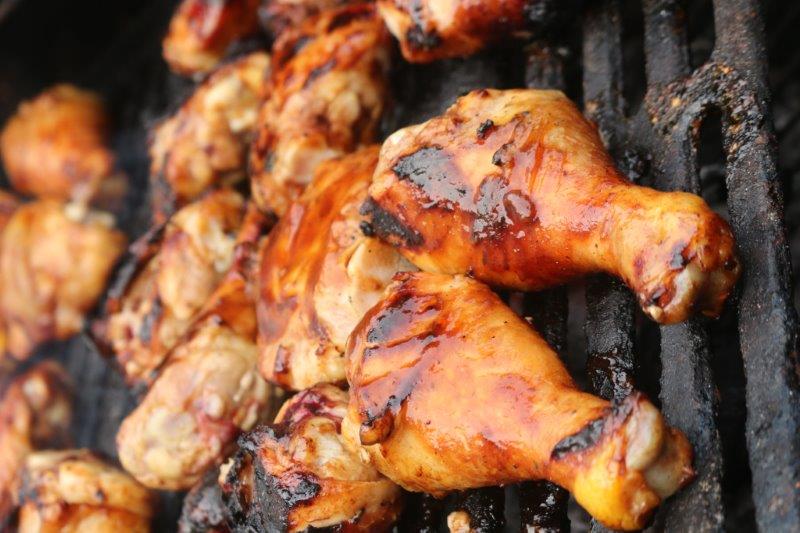 Call or email to order!

We still have two males available!

He is your classic lab. He loves to play, run, fetch, and nap. 🙂 He is cautious but mischievous and enjoys getting wet. He plays constantly with his other doggy friends and is adored by all the kids.

This puppy has one of the most adorable layed back personalities ever! Some of nick named him chunky, for his strong build. He has a lazy side but also loves to play! He will make an amazing, hunter, family pet, or companion.

#7 Black Male: He is a fun loving adorable puppy. Healthy and happy, he loves playing with his siblings and eating. 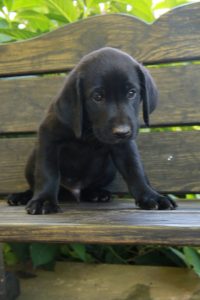 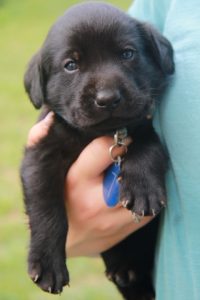 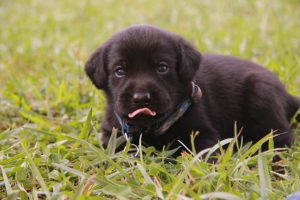 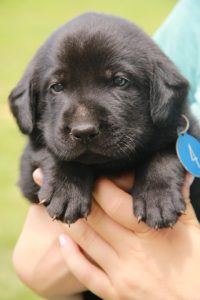 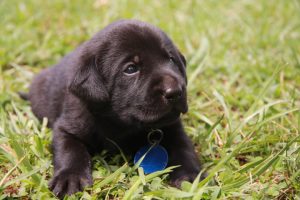 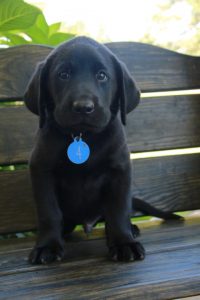 A Lab Puppy from Our Father’s Farm is a friend you will cherish for years. Labrador Retrievers have an enduring reputation for gentle temperament, ease of handling and training, intelligence and loyalty. They are truly the perfect family pet!

We breed for quality in health and not quantity of puppies.

We raise our dogs and allow them to have puppies because we love and need them and want to share them with others. Dogs raised in a loving environment, well socialized with all ages of people and animals are rare today. Another wonderful thing is that our puppies stay with their mothers for at least 8 weeks of nursing. Their weaning process starts naturally using raw cows milk, meat, eggs and other of our beyond organic fresh farm foods. Our local vet does our new puppy checks and says that they are some of the healthiest pets she has ever seen.  Another customer commented, a year after purchasing one of our pups,  that a friend of his had a lab the same age which had been dealing with all kinds of health issues, but his puppy was in perfect health.    It is well known that the diet and upbringing any creature experiences from birth through childhood makes a life time difference in the health and immune system of the adult! We believe this very strongly and at Our Father’s Farm we seek to mimic the way things were divinely designed to function. We have been doing what we do for almost 7 years now and have seen the fruit of hard labor again and again as we observe and enjoy superior health in the animals on the farm.

Thank you to all of you that came out to the farm. We had a wonderful day!

This year we added a special drawing at each stop on the farm tour, delicious samples of cheese, meat sticks, hot dogs, hamburgers, sausage, ice-cream and more. We were excited to celebrate 10 years of farming as well!

Join us for our 6th Annual Open House / Field Day!

Come out and visit the farm. See how it works, enjoy the animals have a bit of country time with your family and friends! Make it out for a farm tour and view the entire farm life. Milk the cow, hold little baby chicks, pet cows, and feel the coarse mane of a horse. You can collect fresh eggs straight from the chicken house, snuggle puppies and kittens and more!

We have lots of exciting sales, taste testings, and more planned for this years Field day and Special 10th anniversary of farming. Click here for more details.

Below are details of special products we will have available. Don’t miss it! 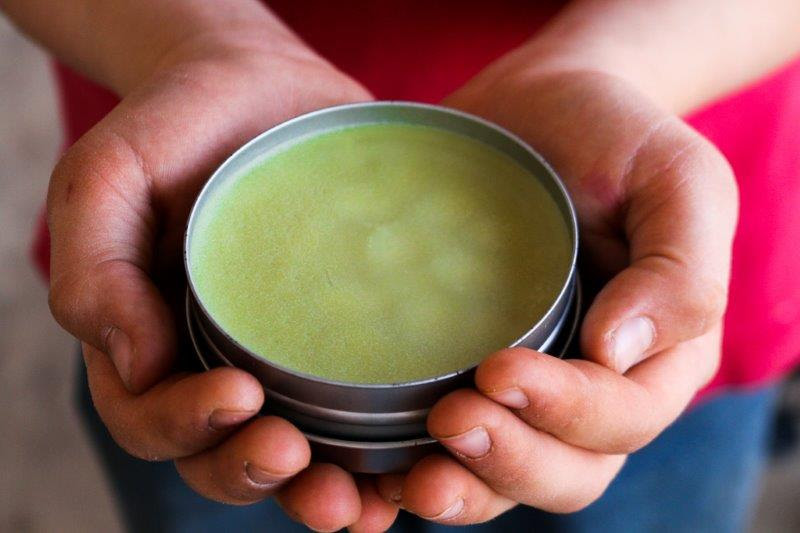 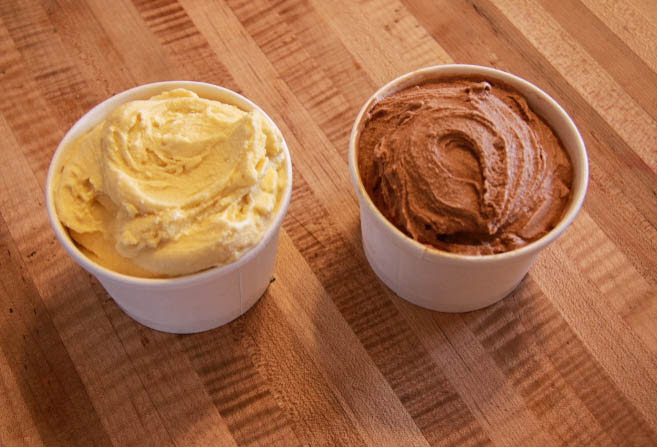 This message was sent to email@example.com from info@ourfathersfarmva.com 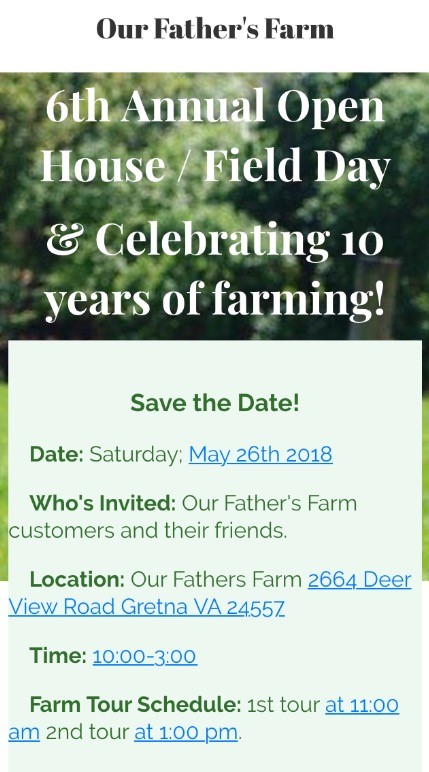 Come out and visit the farm. See how it works, enjoy the animals have a bit of country time with your family and friends! Make it out for a farm tour and view the entire farm life. Milk the cow, hold little baby chicks, pet cows, and feel the coarse mane of a horse. You can collect fresh eggs straight from the chicken house, snuggle puppies and kittens and more!

We have lots of exciting sales, taste testings, and more planned for this years Field day and Special 10th anniversary of farming. More details to follow. 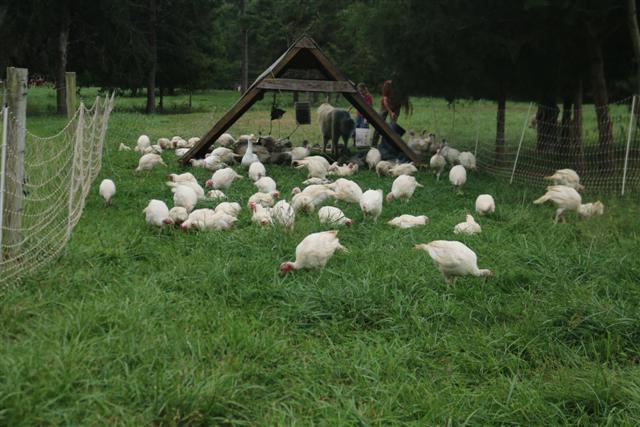 The best way to ensure you have all the “beyond organic pastured chicken” you need is to reserve it in advance:

Tell us how many chickens and how often you would like them this year. 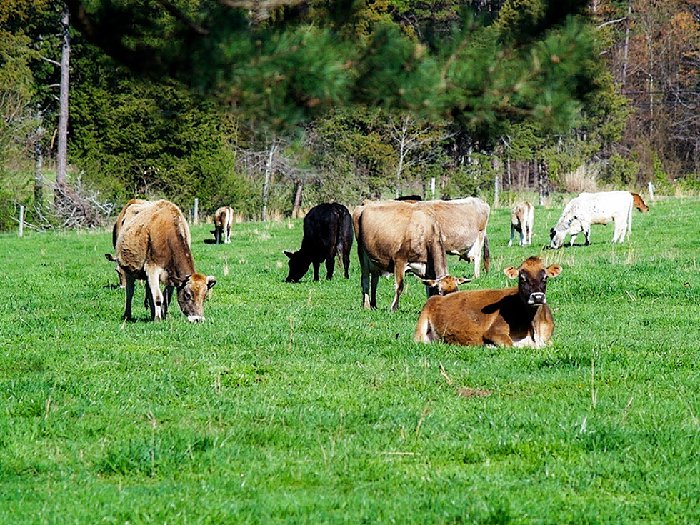 Spring is the perfect time to join the herd share program! Enjoy delicious and amazing super foods from our dairy herd. Enjoy these products if you are a herd share owner!

Thank you for your support!

Spring dawned over a snow covered Our Father’s Farm! We were amazed at having 2 snows in the month of March. As the days grow warmer and sunnier all our spring tasks begin. Several of the guys worked hard on fencing in about 36 acres in a new rental property. We are looking forward to moving a herd of cows over there soon.

March brought about a special 2-week trip for Jack, Kim, Sheila, and Hope to central Africa. Thank you to everyone who joined them, and the family left at home through your prayers! The trip was an amazing encouragement and the farm did well while they were away. Highlights of the trip included, spending time with missionaries, getting to see national friends from years ago, meeting new nationals, helping with projects, visiting a farm in a nearby village, visiting a wild animal park, visiting an orphanage, and much more!

This week on the farm, we are working on a few new products to present soon, chicks will be arriving, and lots of fixer upper projects are in process. We are getting excited about our Annual Field Day coming up! Be sure to put it on your calendars.